As we gear up to unveil the second edition of MicroSave’s acclaimed Agent Network Accelerator (ANA) programme, here is a quick look into what ANA findings have in store for readers this year. The key themes of Wave II of ANA India include: prevalence of interoperability and its effects on agent viability; questions surrounding the effectiveness of policy initiatives; the performance of women agents; and, above all, what all this means for the financially excluded population of the country.

This year, the ANA India programme will highlight a number of lessons for the development of healthy agent networks and the role of agents in financial inclusion. Since 2013, the ANA programme has analysed emerging trends in agent network management, agent deployment models, and agents’ role in financial inclusion. The insights generated from this vast amount of data has resulted in region- and country-wise comparisons and set industry benchmarks.

We conducted the first wave of ANA research in India in 2015. The study revealed that India’s agency banking model is unique among all ANA countries, especially in terms of the number of players, type of agent network models, and role and guidance of the government and the regulator. 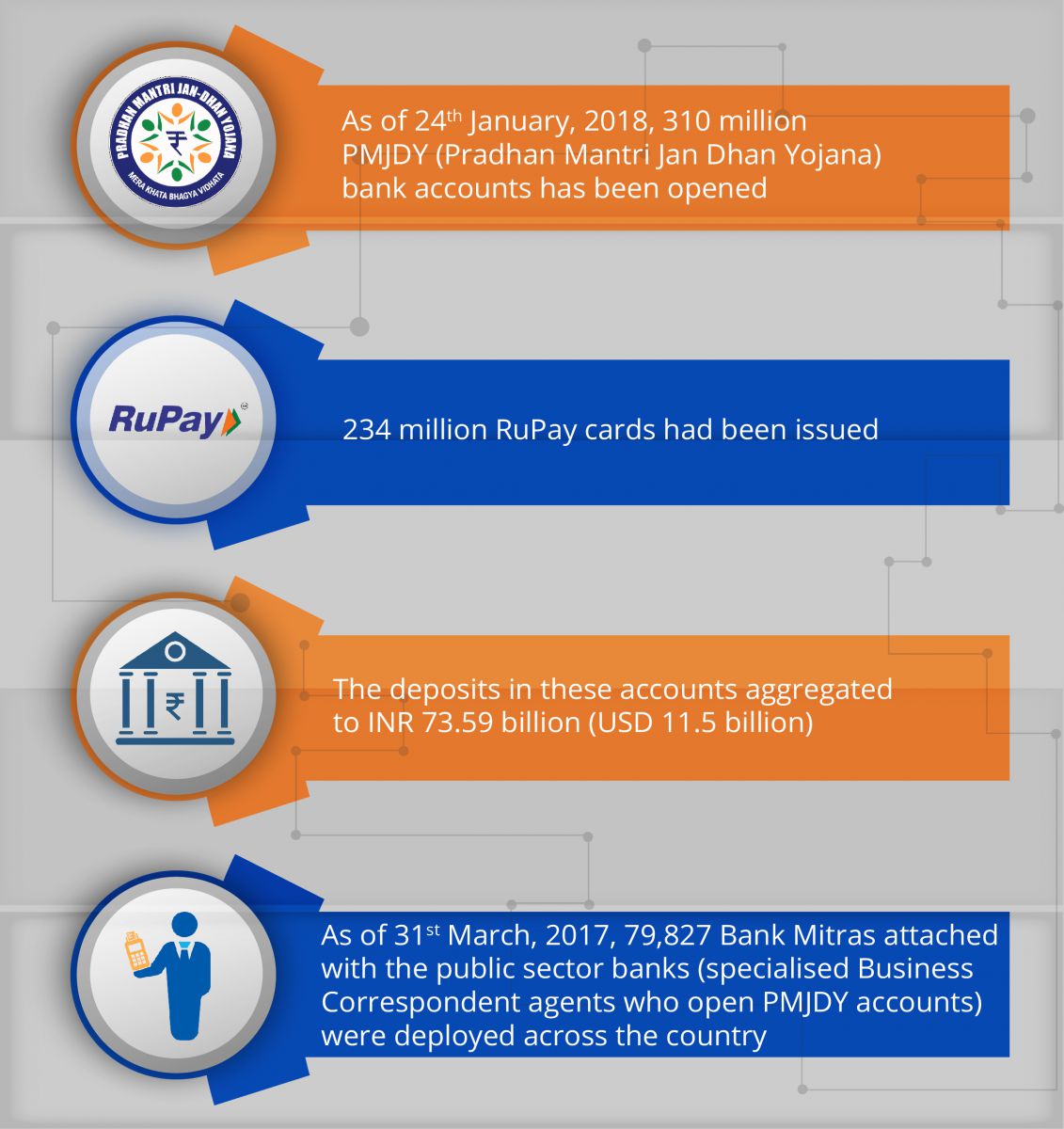 In 2015, India had 89% exclusive agents who work for a single provider; and had the highest number (67%) of dedicated agents who only do agency business at their outlet. The agents in India were predominantly male (91 %). Public-sector banks accounted for 79% of all agents surveyed, with State Bank of India (SBI) having the highest market presence.

In 2015, three models of agent network management were prevalent. 18% of agents were managed by an MNO, 17% were directly managed by banks, and 65% managed by a business correspondent network manager (BCNM). A BCNM is an institution contracted by a bank to manage agents and offer banks’ services. Each of these models had been performing differently in terms of agent network structure, transaction volumes, agent profitability, and agent management. However, a lot has changed in financial services landscape since ANA Wave I.

In 2015, the Government of India launched a range of benefit programmes like Pradhan Mantri Jeevan Jyoti Beema Yojana (PMJJBY), Pradhan Mantri Suraksha Beema Yojana (PMSBY) and Atal Pension Yojana. The cash benefits under these schemes were directly transferred into the beneficiary accounts – most of which were PMJDY accounts. The Government of India launched more schemes in 2016, including the Pradhan Mantri Ujjwala Yojana and direct benefit transfers in kerosene and LPG. These measures further contributed to PMJDY account usage.

There have been significant changes in the technology-front as well, with the Government of India launching the Unified Payments Interface (UPI) in 2016, which should provide easier transaction interface for payments. The same year, the Indian government launched the Aadhaar-Enabled Payment System (AEPS). This allowed interoperable financial transactions through agents of any bank using Aadhaar-based authentication. With this system, agents could offer deposit and withdrawal facilities for customers of other banks. The Jan Dhan Yojana, Aadhaar, and mobile number (JAM) trinity has helped increase transactions at agent outlets. Aadhaar facilitates the process of biometric authentication, and Jan Dhan bank accounts and mobile phones allow direct transfers of funds into customers’ accounts.

In 2016, the Government of India announced the demonetisation of currency notes of INR 500 and INR 1,000 (worth ~USD 7.8 and ~USD 15.6 respectively). The two denominations that were scrapped accounted for more than 85% of the value of cash in circulation – this had a significant impact on the lives of the agents as well.

We designed the ANA II India study framework to understand the impact of all of these factors. The findings are expected to tell us how the agent models have evolved in the light of these important policy changes; whether agents in India now perform any better than in 2015 and how they now compare with other countries. The findings will tell how the entry of new players like payment banks have changed the market. It will reveal if there are more female agents now compared to before, and whether support systems for agents have improved.

When compared to our findings from 2015, we expect agent networks in India to be in a significantly different place. The ANA India II study will clarify the key differences and answer a myriad of questions, including: Did the introduction of UPI and AEPS improve the service quality of agents and thus encourage more transactions? Have the direct cash transfers into customer accounts under various government schemes led to an uptake of services other than cash-out at agent outlets? Have the dedication and exclusivity of agent outlets changed? and Has this improved revenues?

The Indian market is observed by other countries – especially where financial inclusion is a key agenda. We will unveil our report on 14th February, 2018. Follow the action with us on Twitter, Facebook, and LinkedIn, and through the hashtags #ANAIndia and #AgentNetworksIndia. We assure you, the findings will be interesting, informative and in some cases, even provocative.